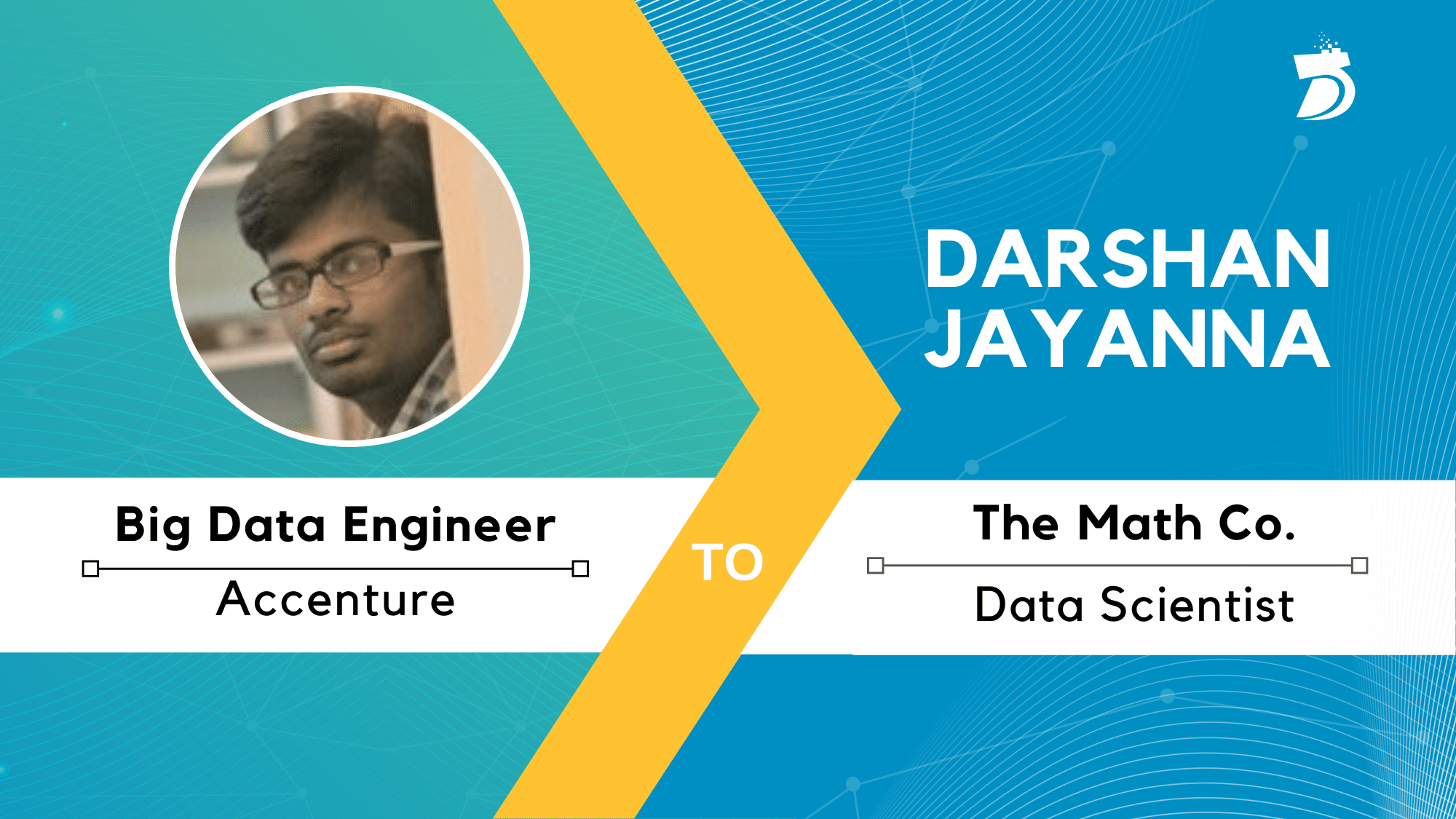 My journey into Data Science

Everyone in the IT industry knows Machine Learning is the future. Everything will be automated soon and if you can’t catch up, your job will be outdated soon. I realized and accepted that I will have to buck up. Coming from Big Data background, Data Science was a simple choice.

Honestly, I thought I could learn through free courses, so for almost a year, I tried to learn by myself online. I know I wasted a year, but I guess every IT person must’ve tried learning that way while getting to know new technology. Though there was a lot of knowledge around, it’s not in-depth. Like they give you the algorithms to study, but no one tells you the maths and logic behind those algos. That’s why I wanted a proper coaching class where someone can go in a step deeper and teach me the logic.

Also, since I was working, I wanted something online and something that did not cost a lot.

After checking plenty of courses, I came across Dimensionless. The reviews were all-star, the fee was reasonable, and the course curriculum and duration looked justified. I attended the Demo, it was quite impressive. For me, the decision-making point was that they started the course with the basics of Stats and Programming, so I could start learning from scratch.

The program was very flexible and highly interactive. Every day I had the option to join the class in the morning or the evening. Later a recording of the class was also available even if I missed my class. And 3 hours of self-study on the weekend was more than enough to cover up the weekly syllabus.

Frankly, implementation of ML on data does not involve much coding, rather it is about the logic behind the algorithm. Dimensionless helped me understand what’s going on in the backend.

Once I was comfortable in the course, the transition felt natural. And after solving case studies under the guidance of Dimensionless I was able to smoothly switch to a Data Science profile within the company itself.

To start my career transition, first I got a project with Dimensionless and got some hands-on experience along with my job.

Initially, I was trying to transition within my company to gain some experience and feel more confident but I was not getting a release from the project due to company policies. But I did not want to get stuck and decided to move out. So I started giving interviews outside and actually ended with almost 100% hike in my salary.

Through Dimensionless, I got selected in Motilal Oswal as a Data Scientist in Mumbai. Later I got 2 more offers, one from ePay and other from The Math Co., and as you already know…
I took the one at The Math Co. with a One Hundred Percent salary hike!