Are you intrigued by buzzwords Machine Learning and Deep learning but you have always found them to be ambiguous and often used interchangeably? 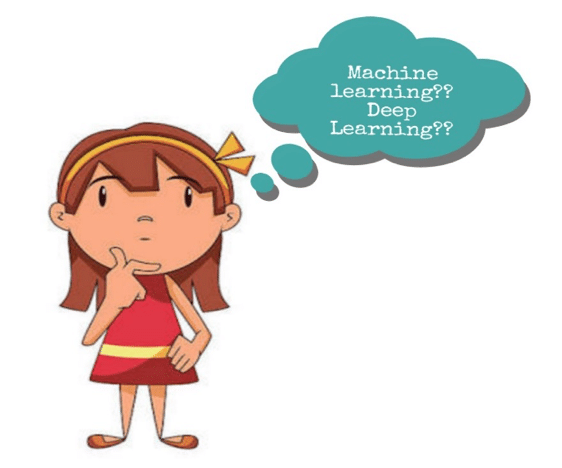 If yes, you are at right platform.

Let’s discuss the terms Machine Learning (ML) and Deep Learning (DL) and understand the subtle differences between them.

The formal definition of ML given by Arthur Samuel says “It provides computers with the capability to learn and take decisions without being explicitly programmed”.

Applications of ML includes Fraud Detection, Netflix Movie Recommendation etc. whereas Deep Learning can be defined as “Advanced Subset of Machine Learning” in which neural networks adapts and learns from vast amounts of data. It can be used to solve complex real-world problems such as self-driving cars, cancer detection. Let’s discuss each of them in detail. 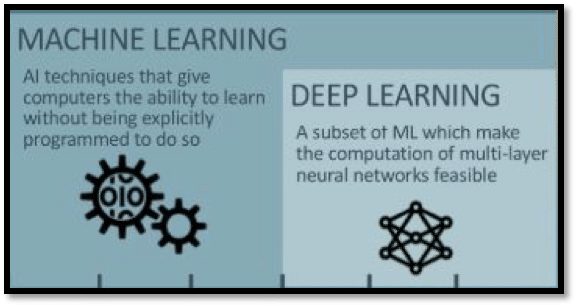 What is Machine Learning?

As the name suggests, Machine Learning is all about the machine that learns. The question here is How do they learn?  Machine Learning uses a mathematical function to construct a model based on training data which is then used to make predictions for the unknown data.

ML can be applied to a variety of domains such as finance, HR, Aerospace, pharmaceutical etc. There is a huge number of sophisticated algorithms available today to train the computers depending on the business problem. Some of them are Linear Regression, Logistic Regression, Random Forests, Support Vector Machines, neural networks.  When there is a humongous amount of data available, the most intricate part is to select the correct algorithm to solve the problem. Each model has its own pros and cons and should be selected depending on the type of problem at hand and data available.  We will not go into nitty gritty of each one of them.

Let’s try to build the predictive model for the HR department of XYZ company to understand the concept of Machine Learning in a better way. The aim of the model is to predict the number of employees who will leave the company in next five years based on factors such as Work satisfaction, Salary Increment, Number of hours spent in the office, promotion rate, last evaluation etc. The model also predicts the major cause due to which employees are leaving the company. In this way, the machine learning model will help the company to take the best measures to retain their employees in the next five years.

One of the most important concepts of Machine Learning is Neural Networks. Let’s talk a bit about the Neural Network to go one step ahead towards the term “Deep Learning”. The idea of neural networks evolved from the dream to develop the algorithms that try to mimic the human brain. The simplest definition of a neural network is provided by Dr. Robert Hecht-Nielsen says a computing system made up of number of simple, highly interconnected processing elements, which process information by their dynamic state response to external inputs.

Why we need Neural Networks?

ML algorithms such as Linear Regression and Logistic Regression becomes convoluted while learning complex non-linear hypothesis. Above algorithms hold good when the number of features is less which is a rare case while solving real-world ML problems.  Usually, the number of features in ML problems are more than 100 so we end up having the algorithm with an order of 5000 or more for a quadratic polynomial. It becomes computationally expensive. Moreover, the problem of overfitting arises because of which hypothesis presented by these algorithms couldn’t be generalized for new inputs. In such cases, these machine learning algorithms could be destructive. 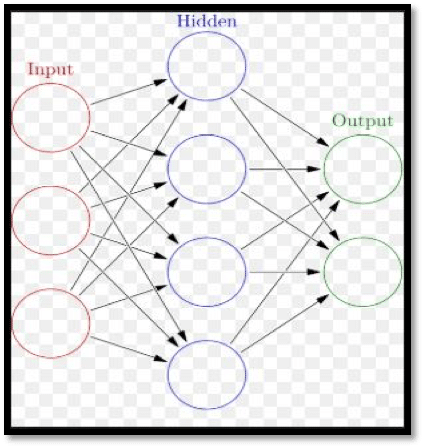 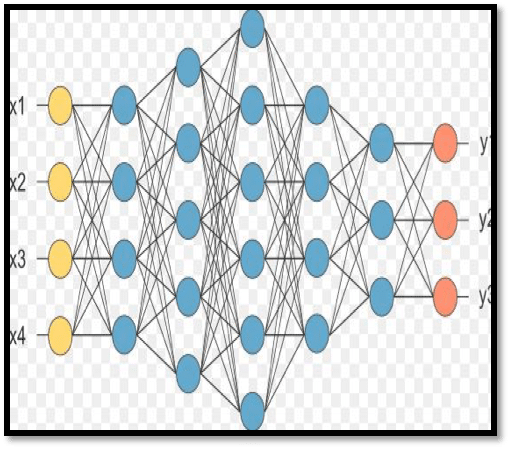 The neuron model basically consists of 3 layers: an Input layer, Hidden Layer and Output Layer. Training data is provided to the input layer. Hidden layer is the computational unit which is called as “Sigmoid activation function”. Computation unit is nothing but the model which takes the input from the input layer and develops the hypothesis which is channeled down to the output layer. Aggregation of a large number of neuron models collectively known as Neural Networks.

Let’s refer to the model which predicts the number of employees who will leave the company in the next five years. Machine Learning algorithms such as Linear Regression, Logistic Regression holds good in this case because we have a limited number of features such as Work satisfaction, Salary increment, and limited training data available. But if we add the hundred more features such as department, Time spent in company, work accidents. Addition of these features will make the model nonlinear which can’t be solved by above-stated algorithms. This limitation can be overcome by the implementation of neural networks.

The complexity of the problem increases with a tremendous number of features and training data coming into picture due to which the efficiency of neural networks starts degrading. To improve the performance and capabilities of neural networks, the number of hidden layers in a neural network is increased. That’s where the Buzzword, “Deep Learning” comes into the picture.

Another major difference between Machine Learning and Deep Learning is Feature abstraction for a model. Domain expertise is critical in machine learning algorithm since a lot of preprocessing is required to clean the data and extracting the useful features which can be used to train the Machine Learning model. On the contrary, Deep Learning models learn in a more structured way to extract the features from raw data. As discussed in the above point, DL models consist of multiple hidden layers. Each hidden layer is used to identify one unique feature. DL models cut down the time consuming and arduous task of feature extraction.

There are a huge number of ML algorithms available which can be applied in a wide range of domains. Some of them are K means clustering, K nearest neighbors etc. The use of algorithms varies widely in ML depending on the application whereas, in the case of DL, the same piece of software can be trained for language translation as well as voice cloning. It all depends on the type of data that is fed to computers.

The high efficiency comes at expense of stringent requirements:

Although the above requirements can be easily met with technological advancements, it is very important to choose the optimal model depending upon business problem and data available. Otherwise, DL models could be overkill for trivial application such as detection of spam email or movie recommendations.