Loosely speaking, a time series describes the behavior of a variable with time. For example a company’s daily closing stock prices. Our major interest lies in forecasting this variable or the stock price in our case in the future. We try to develop various statistical and machine learning models to fit the data, capture the patterns and forecast the variable well in the future.

Tutorial link (you can download the data from this repository) 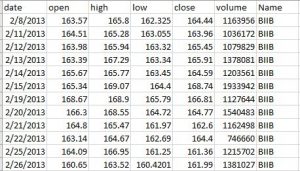 Before we actually dive into the model, let’s see if the data is in it’s the best form for our model. 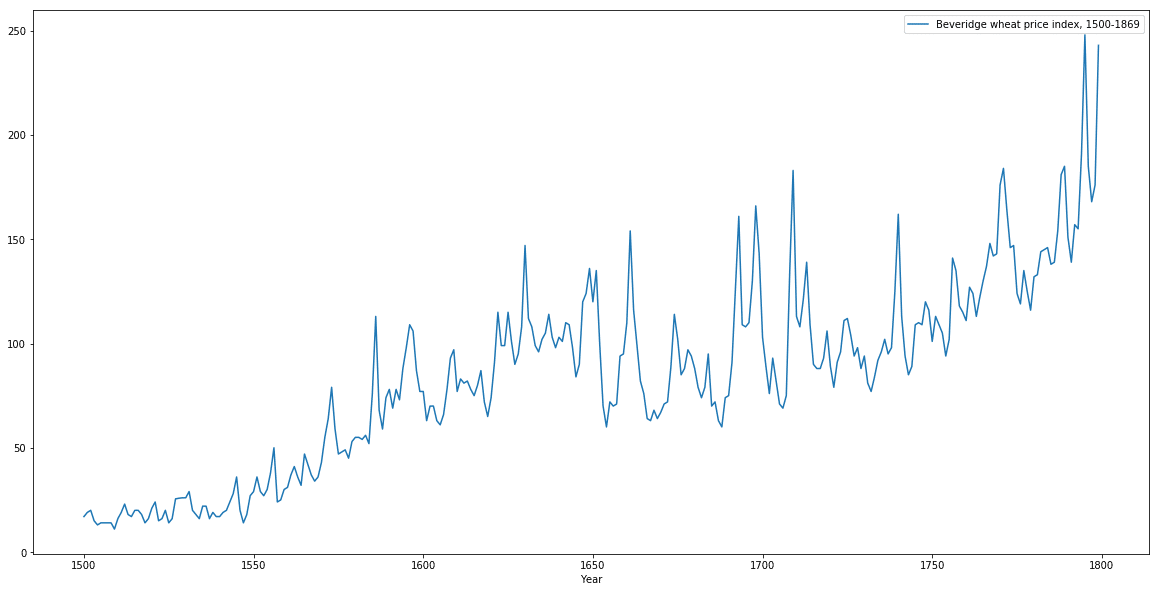 Clearly, we see there is an upwards trend. When we analyze a time series, we want it to be stationary, meaning the mean and variance should be constant along the time series. Why? This is because it is useful to analyze such a series from a statistical point of view. Like in our case, usually there exists a trend. To make a time series stationary, a common way is to difference it

The mean and variance looks almost constant, except for a few outliers. Such a differenced time series is suitable for modelling.

OK! We know something about how our data should look like. But what exactly is ARIMA?

I – As stated earlier, to make our time series stationary, we have to difference it. Depending on the data, we difference it once or multiple times (usually once or twice). The number of times we do it is denoted by d.

MA – This term is a measure of the average over multiple time periods we take into account. For example, to calculate the value of our variable at the current time step, if we take an average over previous 2 timesteps, the number of MA terms, denoted by q=2

Specifying the parameters (p,d,q) will specify our model completely. But how do we select these parameters?

In a time series, it denotes the variance of the predicted variable at a particular time step with its previous time steps. Mathematically,

Where X’ is the mean, k is the lag (number of time steps we look back. k=1 means t-1), N is the total number of points. C is the autocovariance. For a stationary time series, c does not depend on t. It only depends on k or the lag.

Partial autocorrelation is a bit tricky concept. Just get an intuition for now. Consider an example – We have the following data – body fat level (F), triceps measurement (Tr) and thigh circumference (Th). We want to measure the correlation between F and Tr but we also don’t want thigh circumference or Th to play any role. So what do we do? We try to remove linearity from F and Tr introduced by Th. Let F’ be the fat levels predicted by Th, linearly. Similarly, let Tr’ be triceps measurement as predicted by Th, linearly.

In our case the

Next, we answer two important questions 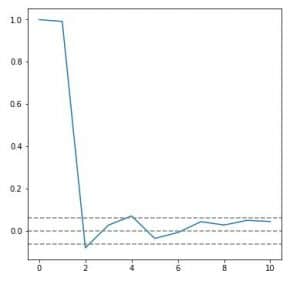 From lag 0 it decays gradually. The top and bottom grey dashed lines show the significance level. Between these levels, the autocorrelation is attributed to noise and not some actual relation. Therefore q=0

It cuts off quickly, unlike the gradual decay in ACF. Lag 1 is significantly high, indicating the presence of 1 AR term. Therefore p=1.

So now we have specified our model. Let’s fir our ARIMA(p=1,d=1,q=0) model. Follow the tutorial to implement the model. Results look something like –

Blue portion is the data on which the model is fitted. Orange is the holdout/validation set. Green is our model’s performance. Note that we only need the predicted variable for ARIMA. Nothing else.

The mean squared error for our model turns out to be 439.38.

To see if machine learning and deep learning algorithms work well on our data, we test two algorithms – Random Forest and LSTM. The data is the same except for that we use all the features and not just the predicted variable. We do some basic feature engineering like extracting the month, day and year.

LSTM or long short-term memory network is a variation of the standard vanilla RNN (Recurrerent Neural Networks). RNNs, many times tend to suffer through a problem of vanishing/exploding gradients. This means that the gradient values become too large or too small, causing problems in updating the weights of RNN. LSTMs are improvised versions of RNN that solve this problem through the use of gates. For a detailed explanation, I highly recommend this video – https://youtu.be/8HyCNIVRbSU

In our case, we use Keras framework to train an LSTM.

As we can see, LSTM performs really poorly on our data. Main reason is the lack of data. We train only on 1000 data points. This is really less for a deep neural network. This is a classic example where neural nets don’t always outperform traditional algorithms.

Random forest is a tree bases supervised machine learning algorithm. It builds short weak tree learners by randomly sampling features to split the data on. This ensures features getting adequate representation in the model unlike the greedy approach classical decision trees take.

Suppose we train 10 trees. For a data point, each tree outputs its own y value. In a regression problem the average of these 10 trees is taken as the final value for the data point. In classification, majority vote is the final call.

Using grid search we set the appropriate parameters. Our final predictions look something like

If you notice carefully, our holdout set does not follow the peaks that our train set follows. The model fails to predict the same as it has learned to predict peaks like the ones in blue. Such an unexpected shift in trend is not captured by models.