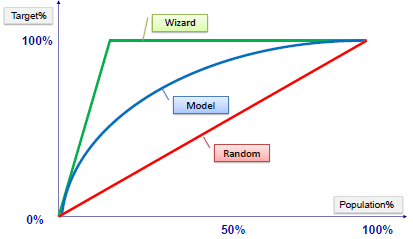 What is Predictive Model Performance Evaluation

Evaluation metrics have a correlation with machine learning tasks. The tasks of classification, regression, ranking, clustering, topic modelling, etc, all have different metrics. Some metrics, such as precision, recall, are of use for multiple tasks. Classification, regression, and ranking are examples of supervised learning, which comprises a majority of machine learning applications. In this blog, we’ll be focusing on the metrics for supervised learning modules.

What is the Model Evaluation?

Evaluating a model is a very important step throughout the development of the model. Some methods such as the ANN model do the evaluation when it performs backpropagation. However, we still perform the evaluation of a model manually through various methods. It is important to note that we can evaluate models successfully. Especially, when working in a supervised learning environment as the actual values are available. These values help in order for the evaluation methods to function.

There is a fundamental difference between the methods for evaluating a regression and classification model.

With regression, we deal with continuous values where one can identify the error between the actual and prediction output.

However, when evaluating a classification model, the focus is on the number of predictions that we can classify correctly. Also to evaluate a classification model correctly, we also have to consider the data points that we classify incorrectly. Also, we deal with two types of classification models. There are some of which produce class output such as KNN and SVM. Furthermore, these are ones whose output is simply the class label. Others are probability producing models such as Logistic Regression, Random Forest etc.  Also, their output is the probability of a data point belonging to a particular class. Also, through the use of a cut off value, we are able to convert these probabilities into class labels. Then we can end up classifying the data points.

Model Evaluation is an integral part of the model development process. It helps to find the best model that represents our data. It also focusses on how well the chosen model will work in the future. Evaluating model performance with the training data is not acceptable in data science. It can easily generate overoptimistically and overfit models. There are two methods of evaluating models in data science, Hold-Out and Cross-Validation. To avoid overfitting, both methods use a test set (not seen by the model) to evaluate model performance.

In this method, the mostly large dataset is randomly divided into three subsets:

When only a limited amount of data is available, to achieve an unbias estimate of the model performance we use k-fold cross-validation. In the k-fold cross-validation, we divide the data into k subsets of equal size. We build models times, each time leaving out one of the subsets from training and use it as the test set. If k equals the sample size, this is a  “leave-one-out” method.

After building a number of different regression models, there is a wealth of criteria by which we can evaluate and  compare them

RMSE is a popular formula to measure the error rate of a regression model. However, we can only compare between models whose errors we can measure in the same units

Unlike RMSE, the relative squared error (RSE) can be compared between models whose errors we can measure in different units

Mean Absolute Error is the average of the difference between the Original Values and the Predicted Values. It gives us the measure of how far the predictions were from the actual output. However, they don’t give us any idea of the direction of the error i.e. whether we are under predicting the data or over predicting the data. Mathematically, it is represented as :

Relative Absolute Error
Like RSE, the relative absolute error (RAE) can be compared between models whose errors are measured in the different units.

The coefficient of determin

ation (R2) summarizes the explanatory power of the regression model and is computed from the sums-of-squares terms.

A confusion matrix shows the number of correct and incorrect predictions made by the classification model compared to the actual outcomes (target value) in the data. The matrix is NxN, where N is the number of target values (classes). Performance of such models is commonly evaluated using the data in the matrix. The following table displays a 2×2 confusion matrix for two classes (Positive and Negative).

Gain or lift is a measure of the effectiveness of a classification model calculated as the ratio between the results obtained with and without the model. These charts are visual aids for evaluating the performance of classification models. However, in contrast to the confusion matrix that evaluates models on the whole population gain or lifts chart evaluates model performance in a portion of the population.

The lift chart shows how much more likely we are to receive positive responses than if we contact a random sample of customers. For example, by contacting only 10% of customers by our predictive model we will reach 3 times as many respondents as if we use no model.

K-S or Kolmogorov-Smirnov chart measures the performance of classification models. More accurately, K-S is a measure of the degree of separation between positive and negative distributions. The K-S is 100 if the scores partition the population into two separate groups in which one group contains all the positives and the other all the negatives. On the other hand, If the model cannot differentiate between positives and negatives, then it is as if the model selects cases randomly from the population. The K-S would be 0. In most classification models the K-S will fall between 0 and 100, and that the higher the value the better the model is at separating the positive from negative cases.

Example: The following example shows the results from a classification model. The model assigns a score between 0–1000 to each positive (Target) and negative (Non-Target) outcome.

Area Under the Curve (AUC)

Additionally, if you have interest in learning Data Science, click here to start your career

Also, the following are some great blogs you may like to read

How to train a decision tree classifier for churn prediction