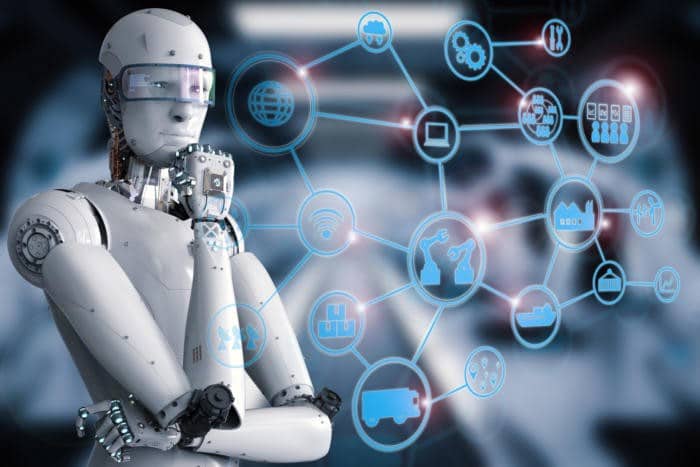 Artificial intelligence uses data science and algorithms to automate, optimize and find value hidden from the human eye. By one estimate, artificial intelligence will drive nearly $2 trillion worth of business value worldwide in 2019 alone. Hence, that’s an excellent incentive to grab a slice of the AI bounty. Also, fortune favors those who get an early start. Therefore, the laggards might not be so fortunate.

1. Automation of DevOps to achieve AIOps

There’s been a lot of attention in recent years about how artificial intelligence (AI) and machine learning (ML). Furthermore, DevOps is all about automation of tasks. Its focus is on automating and monitoring steps in the software delivery process, ensuring that work gets done quickly. AI and ML are perfect fits for a DevOps culture. Also, they can process vast amounts of information and help perform menial tasks. They can learn patterns, anticipate problems and suggest solutions. If DevOps’ goal is to unify development and operations, AI and ML can smooth out some of the tensions that separate the two disciplines in the past.

Moreover, one of the key tenets of DevOps is the use of continuous feedback loops at every stage of the process. This includes using monitoring tools to provide feedback on the operational performance of running applications. Additionally, this is one area today where ML is impacting DevOps already. Also, using automation technology, chatbots, and other AI systems, these communications channels can become more streamlined and proactive. Also, in the future, we can see AI/ML’s application in other stages of the software development life cycle. This will provide enhancements to a DevOps methodology or approach.

Furthermore, one area where this may happen could be in the area of software testing. Unit tests, regression tests, and other tests all produce large amounts of data in the form of test results. Applying AI to these test results could identify patterns of poor codes resulting in errors caught by the tests.

We’re in a golden era where all platform mega-vendors providing mobile infrastructure are rolling out mobile-accessible tools for mobile developers. For example:

All of these are excellent offerings.

Imagine a world where you can sit next to your customers and have a one on one conversation about their expectations from your brand with every interaction, and deliver on their expectations every single time. As we move forward in the digital era, this might be the reality for the brands, where businesses get the opportunity to win their customers’ heart with every single interaction. Artificial Intelligence and Augmented Reality are two such technologies, which will show the most potential in connecting with consumers in 2019 and will rule the technology landscape. The key reason behind this trend is that, compared to virtual reality, which needs a hardware device like Oculus Rift, it is fairly simple to implement augmented reality. It only needs a smartphone and an app.

Since the entry barrier is low, today’s tech-savvy consumers do not shy away from experimenting with the technology, and for enterprises, it only requires a thought-through AR-based app. Further, with tech giants like Apple, Google, Facebook making it easier for developers to build AR-based apps for their platforms, it has become easier even for smaller businesses to invest in augmented reality. Also, industries like retail, healthcare, travel etc. have already created a lot of exciting use cases with AR. With technology giants Apple, Google, Facebook etc. offering tools to make the development of AR-based apps easier, 2019 will see an upsurge in the number of AR apps being released.

Agent-based modelling is a powerful simulation modelling technique that has seen a number of applications in the last few years, including applications to real-world business problems. Furthermore, in agent-based modelling (ABM), a system is modelled as a collection of autonomous decision-making entities called agents. Each agent individually assesses its situation and makes decisions on the basis of a set of rules. Agents may execute various behaviours appropriate for the system they represent — for example, producing, consuming, or selling.

The benefits of ABM over other modelling techniques can be captured in three statements: (i) ABM captures emergent phenomena; (ii) ABM provides a natural description of a system; and (iii) ABM is flexible. It is clear, however, that the ability of ABM to deal with emergent phenomena is what drives the other benefits.

Also, ABM uses a “bottom-up” approach, creating emergent behaviours of an intelligent system through “actors” rather than “factors”. However, macro-level factors have a direct impact on macro behaviours of the system. Macy and Willer (2002) suggest that bringing those macro-level factors back will make agent-based modelling more effective, especially in intelligent systems such as social organizations.

The Internet of Things is reshaping life as we know it from the home to the office and beyond. IoT products grant us extended control over appliances, lights, and door locks. They also help streamline business processes; and more thoroughly connect us to the people, systems, and environments that shape our lives. IoT and data remain intrinsically linked together. Data consumed and produced keeps growing at an ever expanding rate. This influx of data is fueling widespread IoT adoption as there will be nearly 30.73 billion IoT connected devices by 2020.

Data Analytics has a significant role to play in the growth and success of IoT applications and investments. Analytics tools will allow the business units to make effective use of their datasets as explained in the points listed below.

The demand for artificial intelligence will increase tremendously in the next couple of years, and it’s no surprise considering the fact it’s disrupting basically every major industry. Yet as these systems do more and more complex tasks, they demand more computation power from hardware. Machine learning algorithms are also present locally on a variety of edge devices to reduce latency, which is critical for drones and autonomous vehicles. Local deployment also decreases the exchange of information with the cloud which greatly lowers networking costs for IoT devices.

Current hardware, however, is big and uses a lot of energy, which limits the types of devices which can run these algorithms locally. But being the clever humans we are, we’re working on many other chip architectures optimized for machine learning which are more powerful, energy efficient, and smaller.

There’s a ton of companies working on AI specific hardware

The global natural language generation market size will grow from USD 322.1 million in 2018 to USD 825.3 million by 2023. A necessity to understand customers’ behaviour has led to a rise in better customer experience across different industry verticals. This factor is driving organisations to build personalised relationships based on customers’ activities or interactions. Moreover, big data created an interest among organisations to derive insights from collected data for taking better and real-time decisions. Thus, NLG solutions have gained significance in extracting insights into human-like languages that are easy to understand. However, the lack of a skilled workforce to deploy NLG solutions is a major factor restraining the growth of the market.

Streaming data platforms bring together are not only about just low-latency analysis of information. But, the important aspect lies in the ability to integrate data between different sources. Furthermore, there is a rise in the importance of data-driven organizations and the focus on low-latency decision making. Hence, the speed of analytics increased almost as rapidly as the ability to collect information. This is where the world of streaming data platforms comes into play. These modern data management platforms bring the ability to integrate information from operation systems in real-time/near real-time.

Through Streaming analytics, real-time information can be gathered and analyzed from and on the cloud. The information is captured by devices and sensors that are connected to the Internet. Some examples of these streaming platforms can be

Car manufacturers are hoping autonomous-driving technology will spur a revolution among consumers, igniting sales and repositioning the U.S. as the leader in the automotive industry. Companies like General Motors and Ford are shifting resources away from traditional product lines and — alongside tech companies like Google’s Waymo — pouring billions into the development of self-driving cars. Meanwhile, the industry is pressuring Congress to advance a regulatory framework that gives automakers the confidence to build such vehicles without worrying whether they’ll meet as-yet-unspecified regulations that might bar them from the nation’s highways.

Supporters say the technology holds immense promise in reducing traffic deaths and giving elderly individuals and other population groups access to safe and affordable alternatives to driving themselves. Achieving those benefits, however, will come with trade-offs.

We are seeing two major shifts happening in entire BI/Analytics and AI space. First, analytic capabilities are moving toward augmented analytics, which is capable of giving more business down insights and has less dependency on domain experts. Second, we are seeing is the convergence of conversational platforms with these enhanced capabilities around augmented analytics. We expect these capabilities and adoption to quickly proliferate across organizations, especially those organizations that already are having some form for BI in place.

Many technology experts postulate that the future of AI and machine learning is certain. It is where the world is headed. In 2019 and beyond these technologies are going to shore up support as more businesses come to realize the benefits. However, the concerns surrounding the reliability and cybersecurity will continue to be hotly debated. The artificial intelligence trends and machine learning trends for 2019 and beyond hold promises to amplify business growth while drastically shrinking the risks. So, are you ready to take your business to the next level with Artificial Intelligence trends?

Additionally, if you are having an interest in learning Data Science, click here to start

All About Using Jupyter Notebooks and Google Colab