What is Quantum Computing and How is it Useful in Artificial Intelligence? 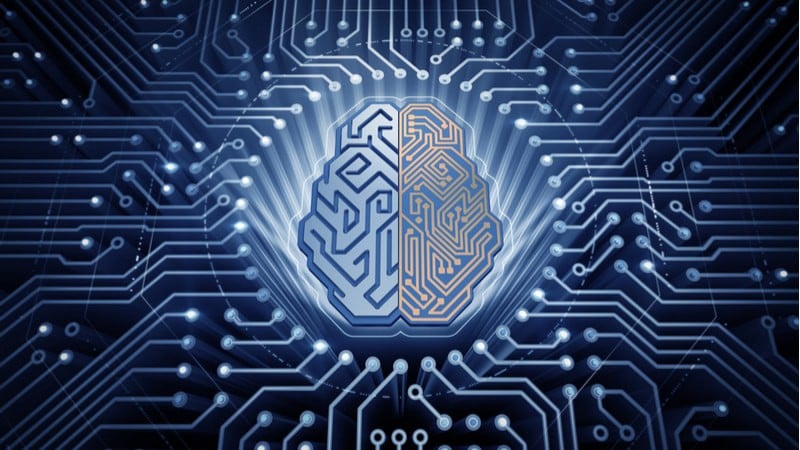 After decades of a heavy slog with no promise of success, quantum computing is suddenly buzzing! Nearly two years ago, IBM made a quantum computer available to the world. The 5-quantum-bit (qubit) resource they now call the IBM Q experience. It was more like a toy for researchers than a way of getting any serious number crunching done. But 70,000 users worldwide have registered for it, and the qubit count in this resource has now quadrupled. With so many promises by quantum computing and data science being at the helm currently, are there any offerings by quantum computing for the AI? Let us explore that in this blog!

What is Quantum Computing?

A traditional computer works on bits of data that are binary, or Boolean, with only two possible values: 0 or 1. In contrast, a quantum bit has possible values of 1, 0 or a superposition of 1 and 0. According to scientists, qubits are more like physical atoms and molecular structures. However, many find it helpful to theorize a qubit as a binary data unit with superposition.

The use of qubits makes the practical quantum computer model quite difficult. Traditional hardware requires altering to read and use these unknown values. Another idea, known as entanglement, uses quantum theory to suggest that accurate values cannot be obtained in the ways that traditional computers read binary bits. It also has been suggested that a quantum computer is based on a non-deterministic model, where the computer has more than one possible outcome for any given case or situation. Each of these ideas provides a foundation for the theory of actual quantum computing, which is still problematic in today’s tech world.

Use of Quantum Computing

Use cases can be:

The most common area people associate quantum computing with is advanced cryptography. The ordinary computers we use today make it infeasible to break the encryption that uses very large prime number factorization (300+ integers). With quantum computers, this decryption could become trivial, leading to much stronger protection of our digital lives and assets. Of course, we’ll also be able to break traditional encryption much faster.

Quantum technology could enable much more complex computer modelling like aeronautical scenarios. Aiding in the routing and scheduling of aircraft has enormous commercial benefits for time and costs. Large companies like Airbus and Lockheed Martin are actively researching and investing in the space to take advantage of the computing power and the optimization potential of the technology.

Quantum mechanics and quantum computing can help solve problems on a huge scale. A field of study called topological analysis where geometric shapes behave in specific ways describes computations that are simply impossible with today’s conventional computers due to the data set used.

NASA is looking at using quantum computing for analyzing the enormous amount of data they collect about the universe, as well as research better and safer methods of space travel.

Predicting and forecasting various scenarios rely on large and complex data sets. Traditional simulation of, for example, the weather is limited in the inputs that can be handled with classical computing. If you add too many factors, then the simulation takes longer than for the actual weather to evolve.

Finding patterns in data and using these to predict future patterns is highly valuable. Volkswagen is currently looking into how they can use quantum computing to inform drivers of traffic conditions 45 minutes in advance. Matching traffic patterns and predicting the behaviour of a system as complex as modern day traffic is so far not possible for today’s computers, but this is going to change with quantum computers.

There are literally billions of possibilities to how something could react across the human body and even more when you consider that this could be a drug administered to billions of people, each with slight differences in their makeup.

Today, it takes pharmaceutical companies up to 10+ years and often billions of dollars to discover a new drug and bring it to market. Improving the front end of the process with quantum computing can dramatically cut costs and time to market, repurpose pre-approved drugs more easily for new applications, and empower computational chemists to make new discoveries faster that could lead to cures for a range of diseases.

Car companies like Tesla and tech companies like Apple and Google are actively developing driverless cars. Not only will these improve the standard of living for most people, but also cut pollution, reduce congestion and bring about a bunch of other benefits.

1. Simulation
Simulation modelling is the process of creating and analyzing a digital prototype of a physical model to predict its performance in the real world. It is used to help designers and engineers understand whether, under what conditions, and in which ways a part could fail and what loads it can withstand. This modelling can also help to predict fluid flow and heat transfer patterns. It analyses the approximate working conditions by applying the simulation software.

3. Sampling
Data sampling is a statistical analysis technique used to select, manipulate and analyze a representative subset of data points to identify patterns and trends in the larger data set being examined. It enables data scientists, predictive modelers and other data analysts to work with a small, manageable amount of data about a statistical population to build and run analytical models more quickly, while still producing accurate findings.

Benefits of Quantum Computing in AI

2. Better Results
It turns out that quantum perceptron can easily classify the patterns in these simple images. We use the quantum model of perceptron as an elementary nonlinear classifier of simple patterns

3. Achieving parallelism
The earliest examples of a quantum algorithm are exponentially faster than any possible deterministic classical algorithm. Quantum computing allows solving the problem since it is capable of simultaneously evaluating f(0)and f(1). This possibility stems from ‘quantum parallelism’. The quantum parallelism allows computing 2n entries for a state consisting of n-qubits. That is: from a linear growth in the number of qubits, we can achieve exponential growth in computing space.

Three decades after they were first proposed, quantum computers remain largely theoretical. Even so, there’s been some encouraging progress toward realizing a quantum machine. There’s no doubt that these are hugely important advances. and the signs are growing steadily more encouraging that quantum technology will eventually deliver a computing revolution. The potential of quantum computing in artiﬁcial intelligence will be evident soon, but still, we do not know how to translate that potential into reality. Undoubtedly, time will put things in place

Additionally, if you are having an interest in learning Data Science, click here to start Best Online Data Science Courses

How to Make Machine Learning Models for Beginners

Difference Between A Data Scientist and Statistician